It is not known exactly when Necton was first recognised as a community but the evidence of a Bronze Age burial site at Mona Hill might suggest that the area was already a long established community with civilised and religious behaviours.

Some of the earliest recordings of Necton are mentioned in the Domesday Book of 1086.  Here, it is recorded as “Nechetuna” in the Hundred of South Greenhoe, and was under the control of Ralf of Tosny, otherwise known as Raoul De Toeny.

Ralf, who held a seat in Hertfordshire was Lord of Clifford Castle in Hertford, and had holdings in seven southern, East Anglian and home counties, including the lands and peoples of Necton.

The next nine hundred years or so saw the development of Necton into the community we live in today.  In that time, Necton has seen many changes, not least so in the last 150 years.  in 1901 there was a population of 653 compared to 2000+ of today. 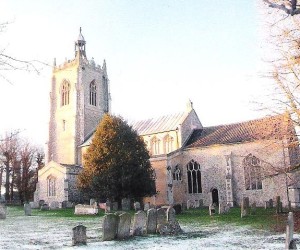 An old photo of Necton Church.

The oldest building in Necton is believed to be the Parish Church dedicated to All Saints.  It dates back to the 14th Century and displays many fine examples of architectural features, carvings and art.  Over the years it has be complemented by other places of worship but now remains the sole religious centre of Necton. 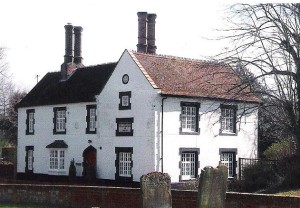 The Reading Rooms in School Road was built in 1861 by Lieut. Col. Mason and was used, particularly in the winter, for bible classes.

Education has been a feature in Necton since before 1866 when Miss Mason’s original National School was replaced by the building or the Elementary School in School Road.  This school had places for 150 children and an average attendance at the turn of the century of 117.  The Elementary School was replaced by the Necton 1st and Middle Schools in 1973.

After 33 years Necton returned to primary school status with the closure of the 1st School building bringing together all the educational services into the much improved and extended Middle School building.  Today, this building stands empty waiting to be demolished for new housing.

Over the years, like most villages, Necton has boasted an array of traditional pubs and drinking houses including; “The Three Tuns” on Tun’s Road, “The Good Woman” on Chantry Lane, “The Windmill” on Mill Lane, “The Jolly Farmers” on Hale Road, “The Carpenters Arms” in Ivy Todd and “The Fox”.  Time has seen the demise of all but one – The Windmill which today provides great food alongside drink.  In addition, the Necton Sports & Social Club located by the playing field on Tun’s Road also provides similar services for its members and residents of the community.

This website uses cookies to improve your experience while you navigate through the website. Out of these, the cookies that are categorized as necessary are stored on your browser as they are essential for the working of basic functionalities of the website. We also use third-party cookies that help us analyze and understand how you use this website. These cookies will be stored in your browser only with your consent. You also have the option to opt-out of these cookies. But opting out of some of these cookies may affect your browsing experience.
Necessary Always Enabled
Necessary cookies are absolutely essential for the website to function properly. This category only includes cookies that ensures basic functionalities and security features of the website. These cookies do not store any personal information.
Non-necessary
Any cookies that may not be particularly necessary for the website to function and is used specifically to collect user personal data via analytics, ads, other embedded contents are termed as non-necessary cookies. It is mandatory to procure user consent prior to running these cookies on your website.
SAVE & ACCEPT